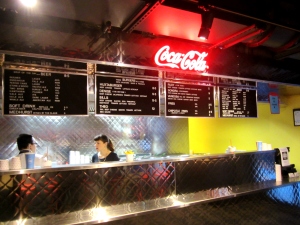 Most of my readers would identify my blog with fine dining experiences, but in truth, I enjoy a damn good burger just like anyone else! Sydney and Melbourne over the last couple of years have pretty much hosted a version of “the burger games”, where competitors have tried to one up each other. Whilst, the outcome it is not going to change my world, the standard of the offerings given the price points has been fairly decent, and we all need to indulge in a guilty pleasure now and then. 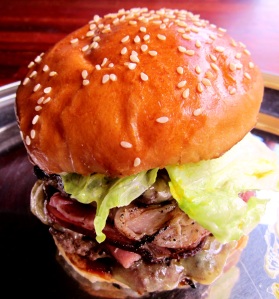 In 2011 Chefs Dan Hong, Colin Fassnidge, Justin North, RJ Lines, Neil Perry and Joe Pavlovich squared off with Rockpool Group taking the prize with their much revered wagyu burger on their home turf. It could be argued that both Justin North with Charlie & Co, and Warren Turnbull with Chur Burger, read the tea leaves best, amidst a significant downturn in fine dining. With closures mounting throughout Sydney, and the dude food movement (for better or worse) gaining momentum, that trend would ultimately impact on both Becasse and Assiette, their flagship fine dining restaurants. Meanwhile, in Melbourne, Huxtaburger had already successfully carved out a similar niche, and it was officially “game on” in both states. 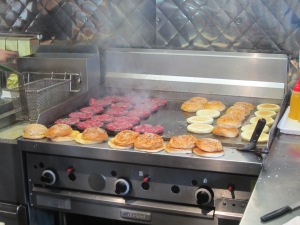 In more recent times Mary’s and Burger Project entered the fray, whilst various other restaurants also cashed in on the craze with menus featuring their versions of gourmet burgers in the most unexpected of places. To be honest, I looked on with a fair degree of dismay as this trend thrived, whilst we lost some very good restaurants in the wider downturn. Dining standards appeared to be the victim, as a significant repositioning was occurring with how the food public decided to spend their dining dollar. Nonetheless, regardless of my thoughts on how the industry is best served, here are my thoughts on the main players. 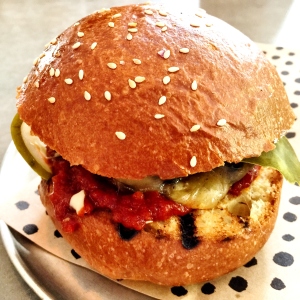 Starting in Melbourne, Huxtaburger (now with stores at Collingwood, CBD and Prahran) the Theo ($12.50) with bacon, double beef pattie, double cheese and BBQ sauce, is hard to beat. I feared three stores might have been spreading it a bit thin, but the consistency demonstrated over multiple visits and outlets is impressive. The standard Huxtaburger ($9.50), without any tweaks, has just the right proportion of beef, cheese, tomato, pickles, and a combination of mustard, mayo and tomato sauce to stand alone. In Sydney, Mary’s (Newtown and CBD) is very good, but in my opinion, the standard Mary’s burger ($10), does need to be upsized to a double pattie. Surprisingly, it is the crispy and succulent chicken burger ($12) that gets my vote. 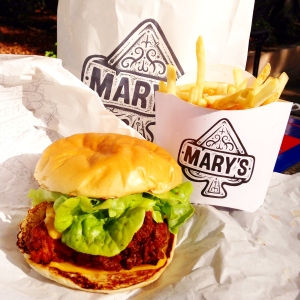 For my liking, the standard Chur Burger ($10) is overdressed, and the bun seems a bit nondescript, although the seasoning and quality of the pattie is absolutely spot on. However, the generous bowl of moreish chilli chips ($6), in my opinion has all the competition covered. Burger Project has been a work in progress, but my last two visits have shown them closer to the consistency of standards I imagine Neil Perry would have envisaged. The succulent crispy hot chicken wings ($3.50 each or three for $9) however have threatened to steal the show every visit from the thirty-six month grass-fed Cape Grim beef chuck and brisket underpinning the majority of the menu. 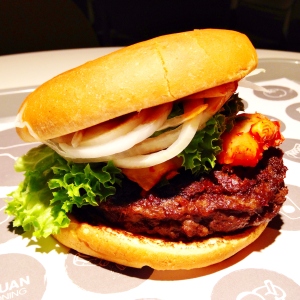 What to make of all this? Well, firstly you have to keep in mind the context of the price point relative to the quality. If you were to compare the standard and taste with that of a commercial burger, there is a universe of difference, for only a couple of dollars. You can always upgrade to David Blackmore’s full blood Wagyu hamburger ($24) at Rockpool Bar and Grill, but overall you are still getting some serious duty of care and credible produce between $7 and $12. On any given day, one might be better than the other, but most importantly these specialised outlets may attract a new generation away from the mediocrity of commercial burgers. 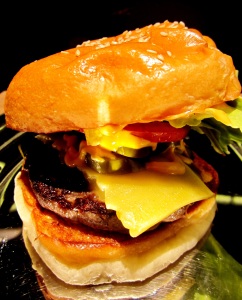 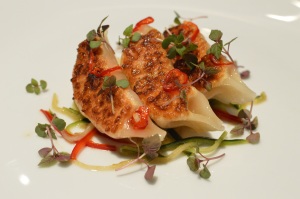 Bar menu food in the last five to ten years has certainly been elevated, and dishes like this at Bishop Sessa are exactly the reason why. Textbook pan-fried dumplings, with the absolute dreamy textural combination of Mulloway and Salmon as you bite in is complimented by a lovely heat note from a garnish of fresh chilli. Chef Paul Cooper has a gift for balance and flavour, and this little bar gem showcases that beautifully. Washed down with a Trumer Pils, this lazy afternoon is off to a very good start methinks…